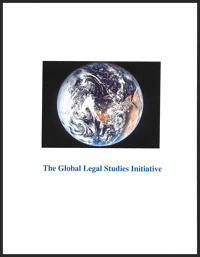 Professors David Trubek and Heinz Klug established the GLS in 2004 as an initiative that was a joint program with the University of Wisconsin Law School and the International Division of UW-Madison. To launch the creation of the Initiative, GLS, in conjunction with other entities on campus, sponsored a series of events in Fall 2004 about "Law and Global Transformations."

GLS was affiliated with the Institute for Legal Studies until 2006 and received center-status in 2007 with Professor Heinz Klug as its first director. Professor Klug was the Center's director until 2016.

You can learn more about GLS through the UW Law School Digital Repository where you can find information on past events and non-operational research projects.